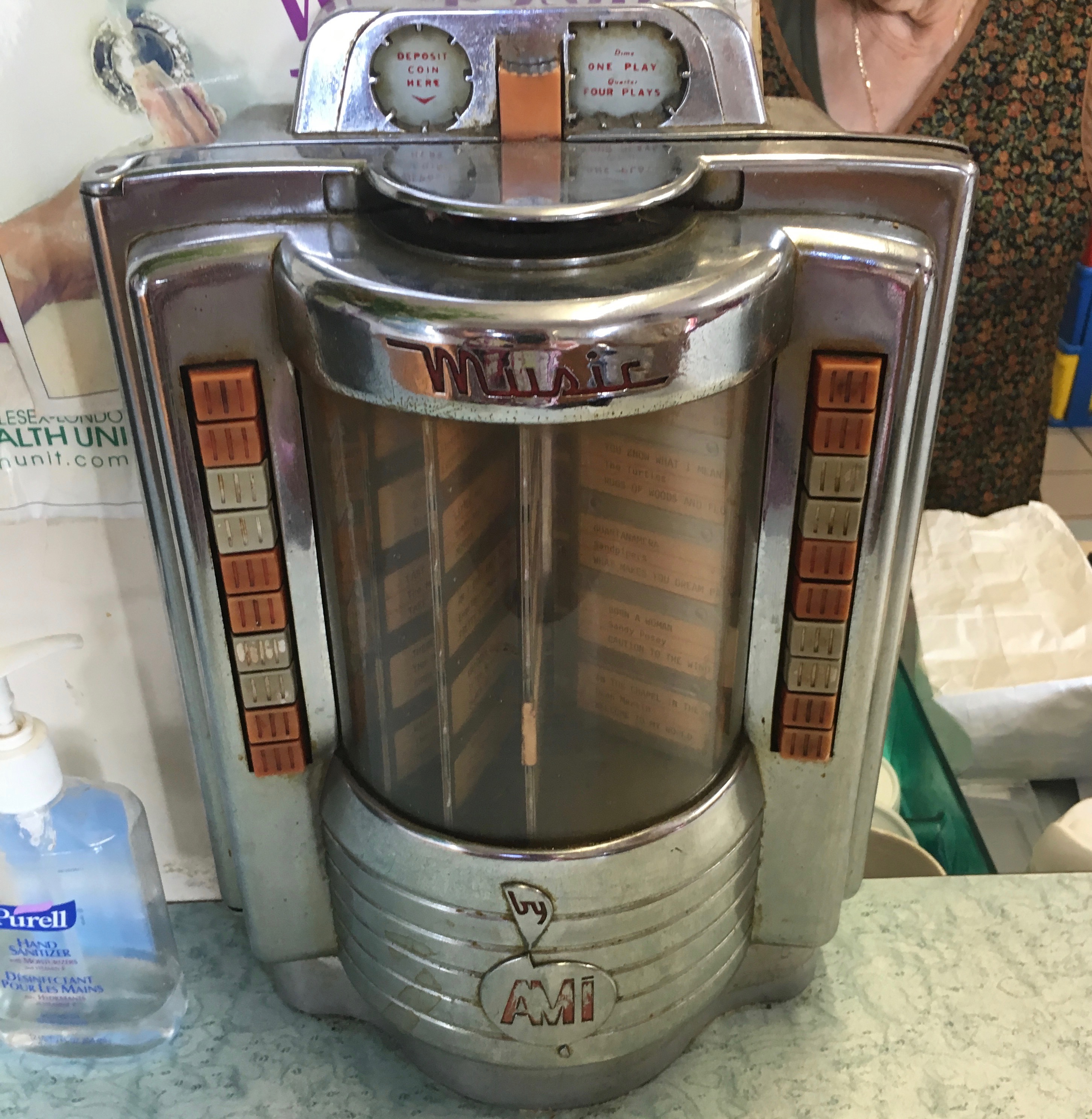 Paying for our plate of french fries with gravy at an authentic retro diner called High Lunch Restaurant at 533 Dundas Street in London, Ontario, I noticed a 1950’s AMI Music jukebox. It took me back to my days as a pre-teen. We would save our allowances until amassing the required fortune to  pay for a plate of french fries topped with beef gravy. Ketchup would be swirled atop the gravy, to give it what we determined was a ‘classy’ look. A sprinkling of salt and pepper to make us feel adult, and we’d devour our feasts.

Some of us, most often me, produced treasured dimes and quarters to play records we believed were mysteriously housed in the small contraption. I was always ready to fetch cigarettes at the corner store for the smoking adults. The tiny tips of nickels or dimes were saved to trade for the treasured quarters to get 4 plays on the jukebox.

The small internal speakers produced sounds that were barely audible to us, we were told it was made so as not to disturb the other diners. Those were the days of my learning the magic of music. I chose which songs to play, despite the pleas from my friends to play their favourites. I found their songs too boring as I’d heard those songs so many times. The jukebox gave me a world of new music to explore!

On this jukebox I peered into the cloudy face to read some barely remembered flip sides, “Rugs Of Woods & Flowers” by The Turtles, “What Makes You Dream Pretty Girl?” by the Sandpipers, “Caution To The Wind” by Sandy Posey, and, “In The Chapel In The Moonlight” by Dean Martin. Yes, I was that child in the old CanAm diner on Tecumseh Road in Windsor, Ontario who annoyed everyone playing the flip sides of the records!

Someday, I’d love to own an authentic diner jukebox. I’d love the hear the songs again during dinner. My husband, and now you know another reason I love him so much, says he’d enjoy listening to the flip sides with me.