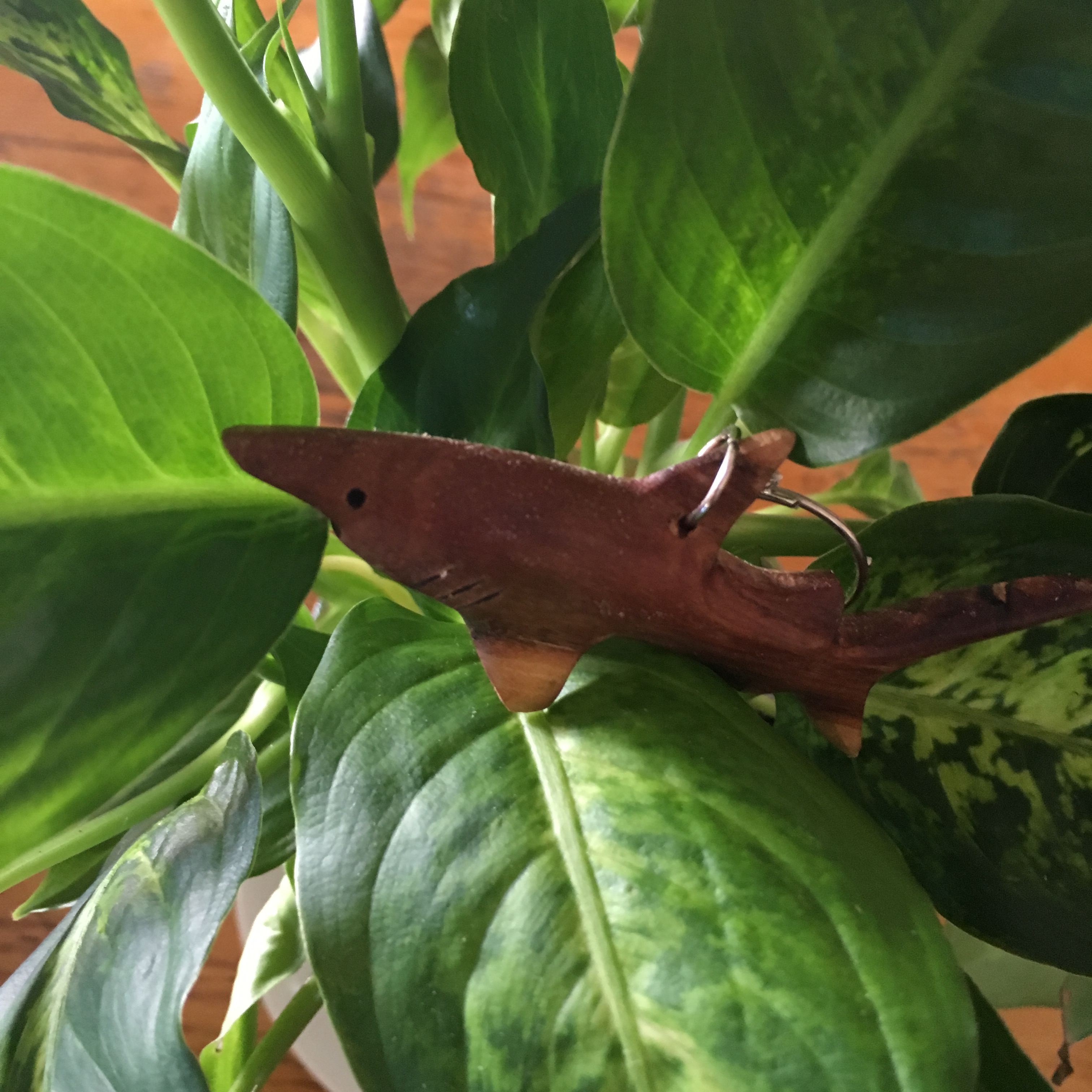 Woody, the shark said, “I knew you wouldn’t believe me so I had a tourist take this photo of me! This is when I went on my grand adventure to the world above the seas.” Pliable, his swordfish friend said, “You’ve been my friend long enough to know my name does not match my character. There is no world above the seas, it’s all a myth. So tell me, who helped photoshop this for you?”

Woody snapped his pectoral fin back and forth and moved side to side in a display of agitation. He said, “Look at my dorsal, do you not see the piercing where my safety line was linked?” Pliable laughed and said, “Woody, your piercing is no different than the ones sported by the teenagers. Come on, you’ll have to do better than that if you want me to believe you went on an adventure to a land above the seas.”

Woody’s mouth fell open in dismay and then said in his saddest voice, “I swam on things called air currants. It is essentially the same fluid mechanics that enable us to swim. I felt the wind on my face as I flew, not that you’d understand what wind is.” Pliable flipped around several times expressing his merriment and said, “My friend, I’ve heard the scientists theories of the possibilities of other life forms in upper space, but they are all theories. Nobody can survive long above the seas.”

Woody turned and swam away, his photo held firmly by his pelvic fin. There were girls to impress and wasting time trying to get Pliable to believe had already cut into his romantic plans.