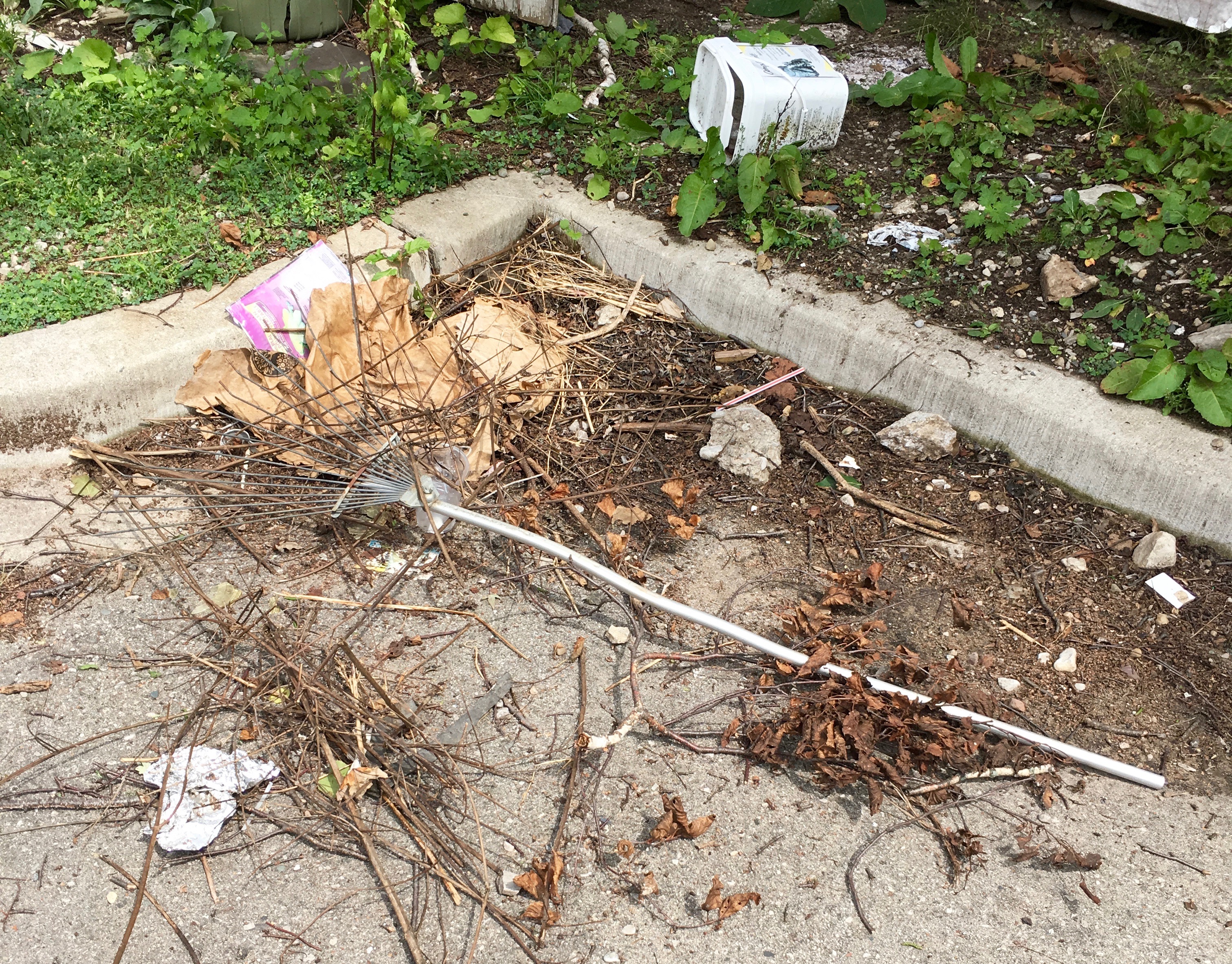 “Would you look at that?” I asked my husband.

Barry looked at me, rather than looking at where my finger was pointing as he answered my question with a question, “Look at what?” I’ve grown rather fond of this game we play with each other. We keep each other on our respective toes!

Barry chuckled and then turned his head to look at what had attracted my attention. Seeing the rake he said, “That is sad. It looks as though someone was in the act of cleaning up and something took them away from their job.” I nodded and said, “That thought makes me feel sad.”

My spirit lightened and I said, “I envision a prankster planting a rake in a somewhat frazzled mix of human and nature discards.” Barry looked at me, seeming rather puzzled and asked, “To what end?”

I laughed and answered, “The prankster would hope another would be clumsy enough to step on the rake and bop themselves in their forehead.” Barry, obviously not satisfied with my response, said, “That would be mean.” I replied, as matter of factly as I possibly could, “Yes, but I’d rather attach an image of a rake bopping a forehead than a person taken from their tasks.”

Barry pulled me close and hugged me saying, “Your friend just lost someone so dear to her. I understand.” Isn’t that the best part of long-term partnering? We don’t always have to explain our train of thought to be understood.