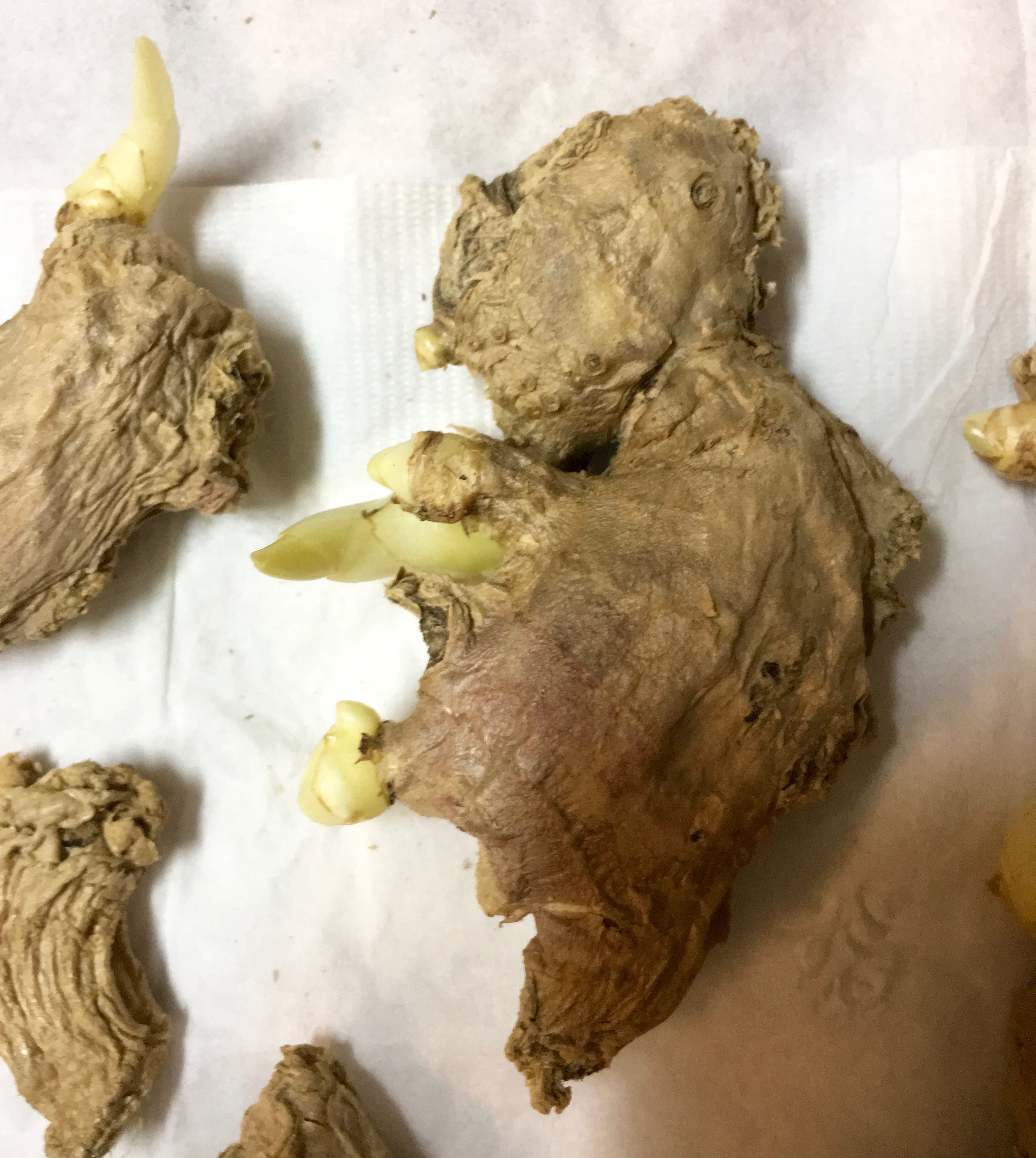 “It is adorable! It looks like an embryo!” I excitedly told my husband, who came over to look at what I had discovered in our kitchen veggie pantry cupboard. Barry peered in and said, “That’s kinda neat!”

I told Barry about the elderly Chinese lady I’d met in the supermarket. She and I had simultaneously reached into the bin of ginger root (Zingiber officinale) and our hands had touched. I’d apologized and she’d chuckled and said to me, “The one you have is not best. It is good to find one that looks like a person. It will serve you well.” She had paused, tilted her head and then continued to advise me. “You must also always buy organic. Now some places put chemicals on it to make it look good for a longer time. If it is not organic, it is not good for you.”

It was quite some time ago when I was so educated about ginger. I’ve tried to incorporate it as often as possible into my diet. That led me to also want to grow some in my own garden. Doing some research online I learned to grow ginger I would have to choose organic, preferably in the early spring. Earlier this year I’d purchased a sizeable piece of handsome ginger but there was no way to know if it was organic or treated.

Bringing the ginger root home I’d followed further instructions to soak the ginger overnight to leech out any potential chemicals or preservatives. With high hopes I’d cleared a little area in the garden near one of our sheds. To my dismay no life appeared. I had unfortunately purchased treated ginger.

This morning’s find of an embryonic-shaped sprouting piece of ginger root is loaded with promises. It is not spring but it is nice and warm inside the house. I’ll choose a fair sized pot and pick up some very healthy soil to plant this sprouting rhizome and watch this baby grow!