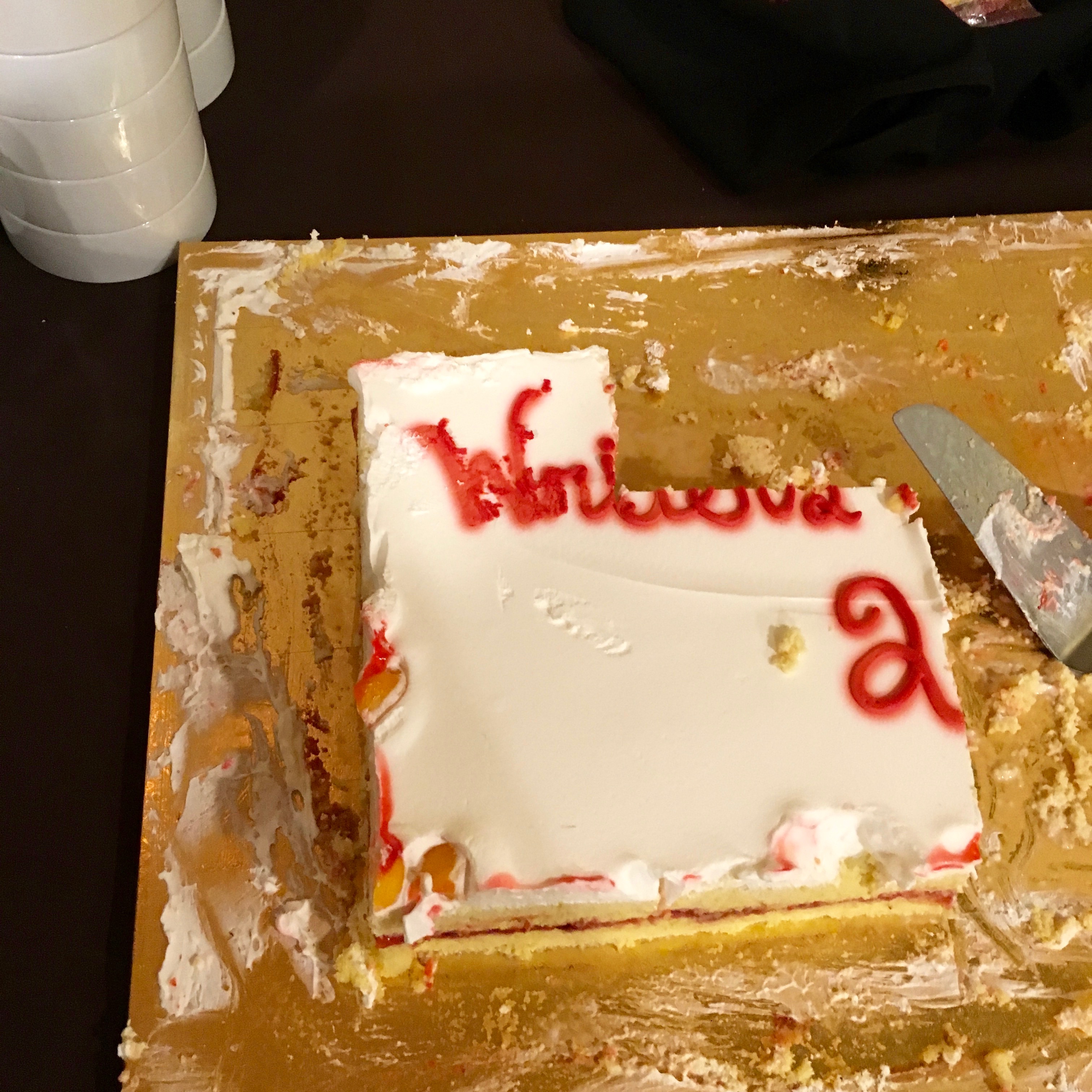 The cake had lost it’s visual appeal to me, as all that remained was a portion of the centre, still I captured a photo in it’s miserable state. It amused me that people had chosen to eat the outsides first, considering the food dye and plastic tasting icing. But it did prove the adage ‘eye appeal sells!’

The server asked if I would like a piece and I said no, I have to watch the sugar – diabetes. She cast me her face of pity and I laughed and said, “I never much cared for sweets even as a child. Now offer me salty and we have a problem!” To that remark, her faced shone a grin of mischief and I knew I had just met a fellow salt lover.

What is it about salt that it tastes so fantastic? Salt brightens up the taste of every food and forever it has been used as a food preservative, which intrigues me. The amount of salt in the human blood stream is the same as the amount of salt in the oceans which leads some people to believe in the theory of Abiogenesis. Abiogenesis, a big word and a big study for another day!

I live near Windsor, Ontario home of Windsor Salt a/k/a Morton Salt, founded in 1893, which is located in an area once called Sandwich, until it’s amalgamation with the city of Windsor. I found it interesting to learn names that end with wich or wych are often associated with the brine springs in England. I love cool facts!

Lately though, I have been charmed by the Himalayan Pink Salt. I’m told it contains more minerals, which are essential to our health, however the factor that intrigued me was apparently you don’t need to use as much to achieve the great flavor in the foods you are eating. Very interesting, but I will have to read more on the topic. All in all, pink salt is pretty and looks great on the table as a complement to white pepper.

Hiwa Kai Black Hawaiian Sea Salt is solar evaporated Pacific Ocean salt and some are combined with activated charcoal made from burnt coconut shells, ground lava rock/charcoal. Some are 84% sodium chloride with 16% trace minerals and may have a subtle nutty flavor according to The Spice House. The San Francisco Salt Company provides this fantastic data sheet.

‘Alaea Red Hawaiian Sea Salt gets the pink and brown colors from mixing it with volcanic baked red clay, which is rich in iron oxide. The salts play a big role in the Native Hawaiian cuisine and are also used to bless homes, canoes, temples and tools. The salts, according to Sea Salts of Hawaii are used in healing rituals, for medicinal purposes and formally in a purification ceremony called hi’uwai which is explained by the ‘Awa Development Council.

Kala Namak Indian Salt is an Indian Volcanic Rock salt. It was originally pink Himalayan salt heated to extreme high temperatures and mixed with Indian spices and herbs. It often has a strong sulfur smell when first added to food but once cooked the original odors of the dish return, that is as long as you use it sparingly. The salt also has an eggy taste. Kala Namak salt may be black, purpleish or pinkish-grey in color. At Livestrong.com I read Indian salt is high in iron and other minerals.

Of course I still use Kosher and regular table salt. Fine and coarse table salt has the benefit of added iodine, which is essential to human health. Another tip that is beneficial is that all salts should be stored in glass containers. Avoid metal as it may change the salt’s chemical composition as I discovered at Radiant Health Strategies.

One great warning: DO NOT eat Epsom Salts, or any bath salts for that matter. While Epsom Salts are great in the bath, consuming them will find you sitting on the can in misery as they have a massive laxative effect on the human body.

On a final note: Salt, as an ingredient in cakes, enhances the flavors as well as adding a list of other benefits to the outcome of the cake. I learned that at the Science of Cooking.

2 thoughts on “Salts of the earth”