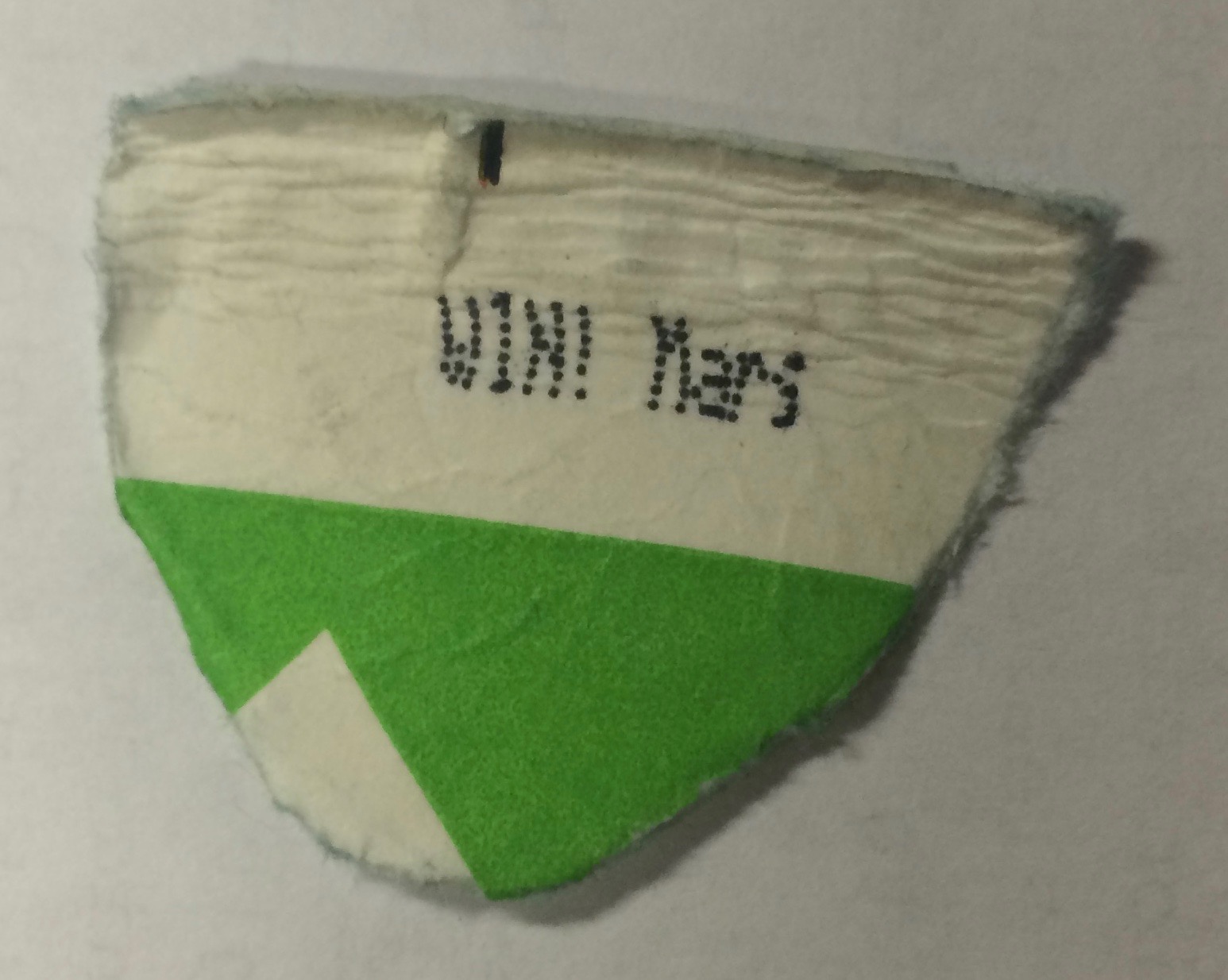 She called him over to her table and showed him her prize. He asked, “Is that real paper? I haven’t seen any outside the museum! Where did you get it?” She said, “I was curious to see the spot of floor under our dome being repaired. I suited up and stepped inside the safety enclosure. It fascinated me to see up close the black of earth and to feel the softness of it under my boots. When I unsuited I noticed a bit of white stuck to my foot.” He looked concerned and she said, “No need to worry. It is fully decontaminated.”

She said, “I won a planet!” He sighed like a parent with a troublesome child, and said, “Don’t be ridiculous, you are too smart for that nonsense. It is impossible to win a planet.”

She jumped up from her workbench, a pout pushing her lips out, then said, “I have it here in my hand. I know about the lotteries our ancestors used to have. You went into a place called a store that sold chances where one could win a prize. This is the winning prize and it is mine.” Exasperation filled him and he snapped at her, “You are the highest ranking genius. I cannot believe you think you’ve won a planet.” She twirled about like the ballerinas in the antiquated video she had watched earlier that day.

She tossed her head back to look up at him and said, “I’ve researched this paper. It dates from the early part of the 21st century. A store selling fuel for automobiles also sold items to eat. A strange combination of items for sale. Our ancestors were not sophisticated enough to separate harmful items from edible items. I will never understand how they were able to survive.” She furrowed her brow and continued her lecture, “One of the items they sold in the store was liquified coffee in paper cups. They had not yet understood the dangers of caffeine!” He looked all the more annoyed but she ignored him and continued, “The paper cup had a folded down rim. On some of them a prize could be found. In the case of my prize it was a sweet treat called a chocolate bar!”

A smile formed replacing the stern look he had worn, and he said, “You almost had me, almost. Yes, you have the prize. You will make the news, and earn a promotion for adding paper with provenance to the museum. And yes, Governor will award you a fully credited trip to the planet of your choice.” She beamed at him a beautiful smile and said, “That is why I love teasing you. I never know what reaction I’ll get from Mr. Unpredictable!”