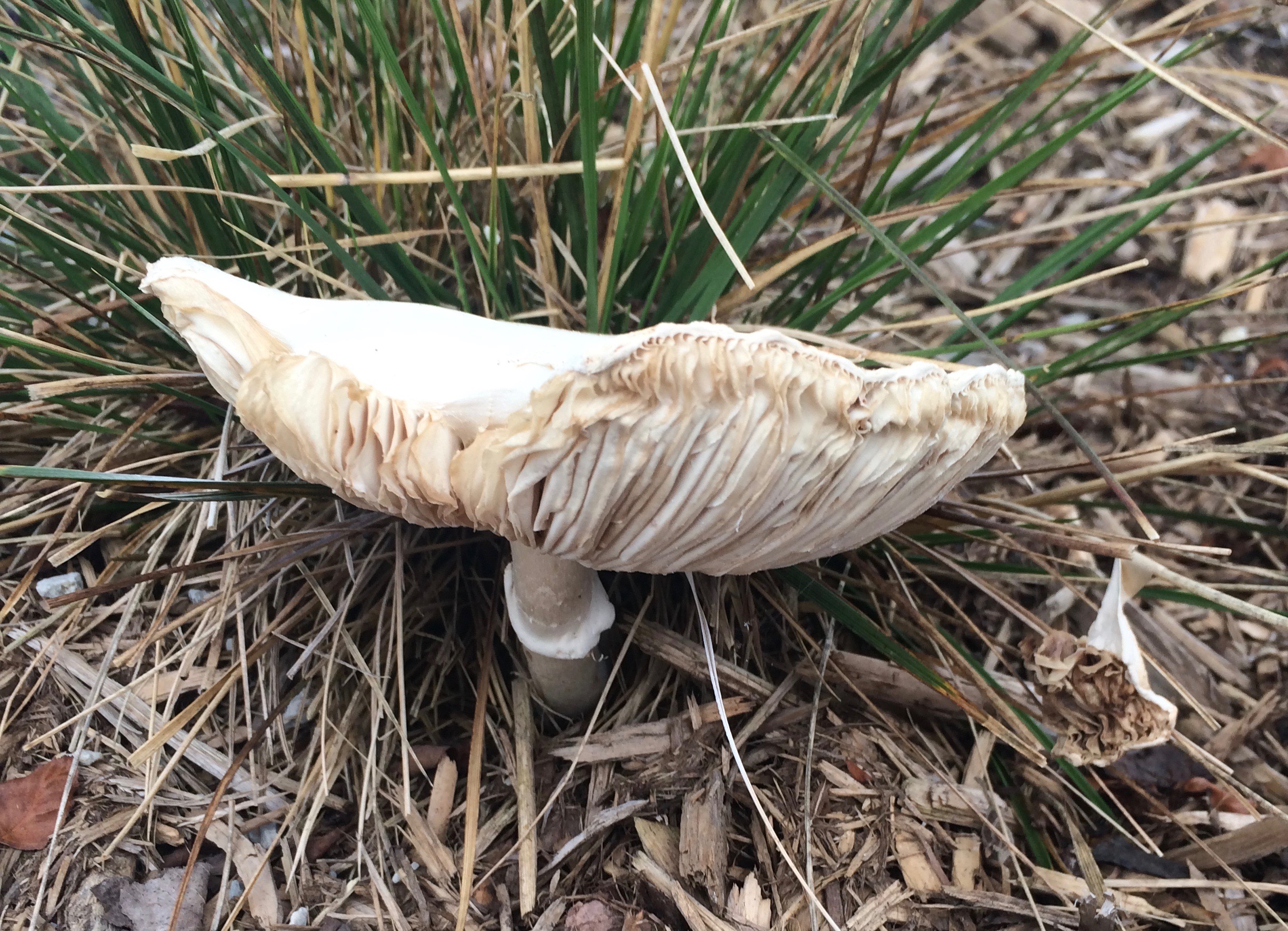 I love mushrooms because they are an incredible life force springing up in some of the strangest and seemingly non life supporting places! They were referred to as toadstools when I was a child. I recall a story about an toad sitting on a colourful mushroom, his one leg crossed over the other.

I couldn’t afford to buy a camera, film and the processing costs during my younger years so I have only my photo-memories of those images. My son bought me a digital camera when I was in my late 40’s and I have since loaded many memory sticks.

I’ll be 60 in a month and my iPhone 6s is now my instant access camera! The featured image is of a very large mushroom in a spot of drying grass I found while taking in the sights at Blue Mountain Resort in Collingwood, Ontario.

Canoeing in Canisbay Lake I left ashore my camera. Stopping to traverse a small island I missed a photo op of a beautiful red speckled fungi. Mother Earth, ever kind, gifted me a memory I can treasure. My husband, sympathetic of my photo loss, bought me a waterproof camera bag!