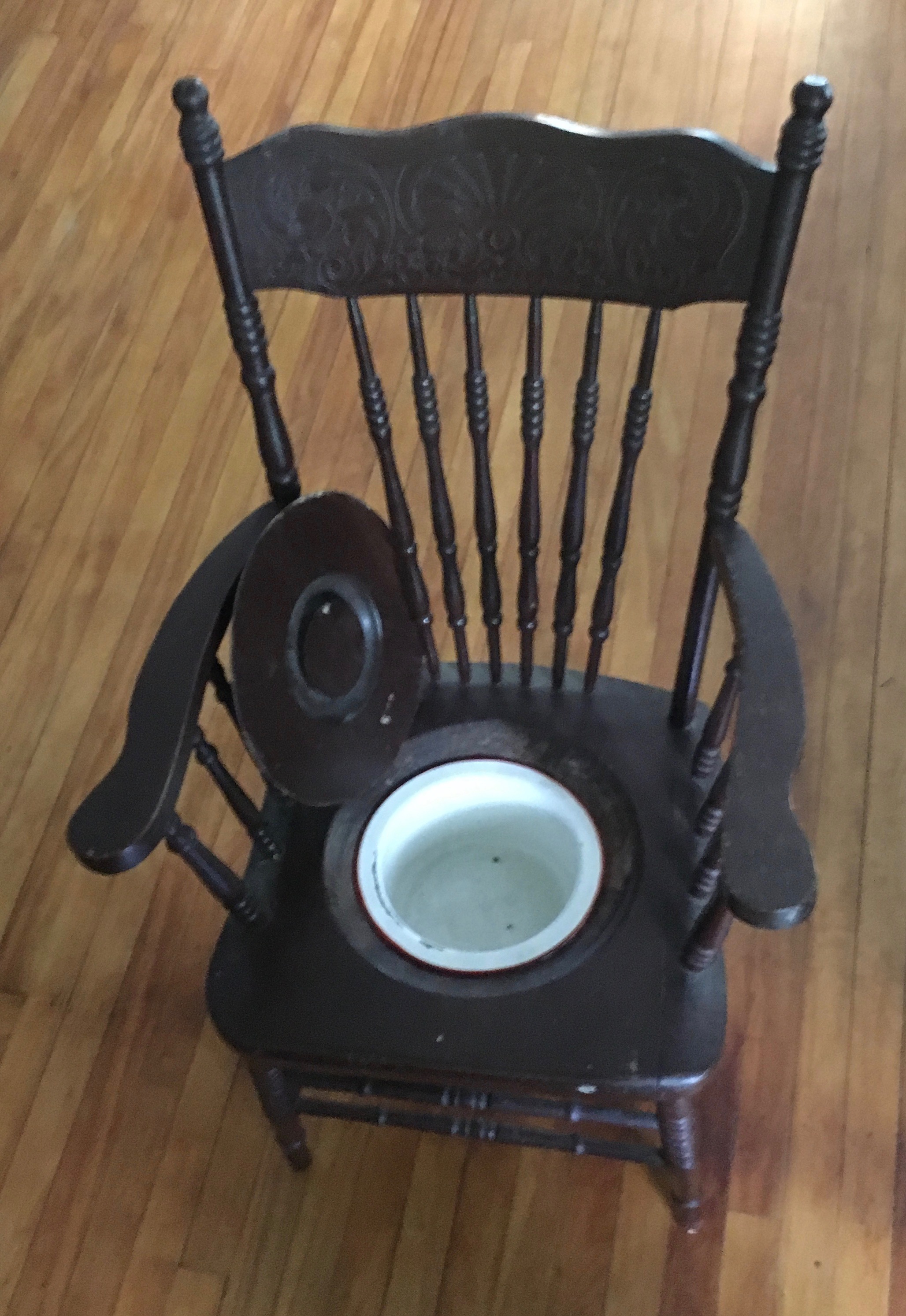 Marla huffed and puffed the entire time she was lifting the old woman off her bed and placing her on the old wooden potty chair. She mumbled under her breath, thinking she was the only one who could hear, “At least I don’t have to carry this bag of bones all the way to the toilet bowl.”

Marla, the old lady’s only living relative, was always angry these days. She’d answered the call from the lawyer, coming to the rescue of the her great-aunt. The lawyer was very convincing there would be a fine reward for the convalescent care after the old lady passed away. While Henrietta lived she would be paid room and board, a full private suite in the mansion and the opportunity to stock the kitchen larders herself.

The opportunity was enticing enough for Marla to quit her low paying job at the clinic. Marla had envisioned living in the lap of luxury, solitude to stroll in beautiful gardens and best of all the freedom to host parties for the high class people who would surely become her new friends. Marla did not expect she would be obligated to tend to Henrietta’s needs every two hours.

All of her medical training had not prepared Marla for the possibility a person could sleep almost 24 hours hours a day with the exception of waking for meals and one potty break after another. This consuming schedule prevented any social time or outings away from the house.

Two full years later, and not a single night of eight consecutive hours of sleep, and the old woman wasn’t showing any signs of getting closer to the death bed. Marla thought often of packing her bags to leave. If she were not the only heir it would be an option but the thought of owning the property, the buildings, the lavish furnishings and all the money that must surely sit in bank accounts kept Marla glued to the old lady.

Henrietta sat her usual time in silence to then let out a shout to be carried back to her bed. As she was lifted the old lady laughed in a way that sent a shiver up Marla’s spine. Henrietta spoke in a strong, cackling, witchy-reminiscent voice, “My pot is empty but unlike you I at least got one to piss in!”

2 thoughts on “Bag of bones”