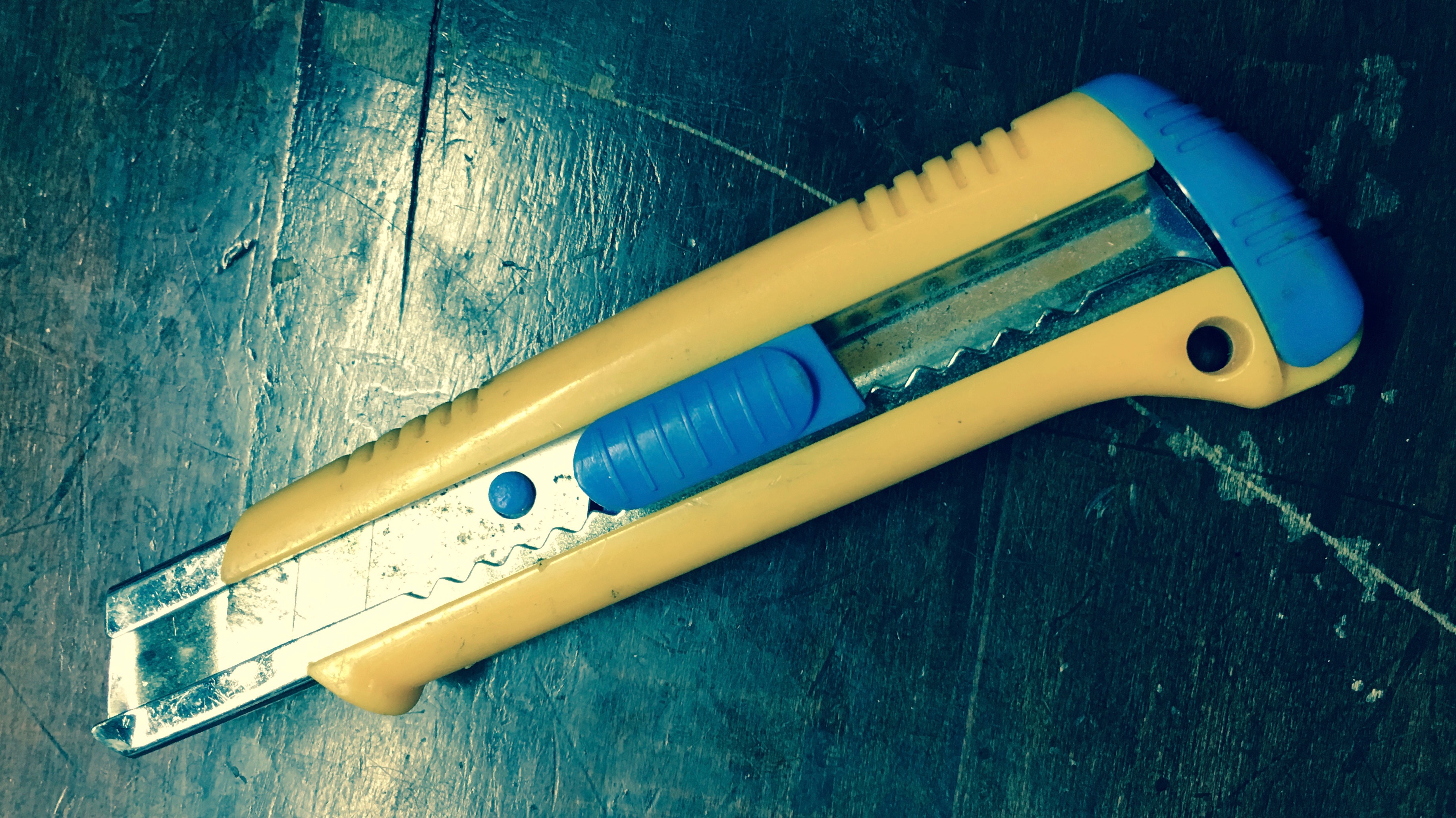 The postman knocked on my door instead of following his usual routine of dropping the few bills addressed to me into my mailbox. He also had the bad habit of dumping tons of junk mail that I was forced to recycle – there should be a law against that. Imagine all the trees sacrificing their lives simply to be recycled – there should be a law against that too.

The postman handed me a small parcel and walked away cheerily whistling – some long ago tune he somehow seemed to be the only person recollecting.

I looked down at the parcel and a thought sprung into my mind, “Good things come in small packages.” Well, at least I’d always heard that.

The entire package shone in the sunlight coming in my window – shining because the entire box was encased in packing tape. I wondered, “How am I going to open this?” With that question I went into the mudroom at the back of the house to search for the toolbox and his exacto knife.

The toolbox was all I had left of him, having forgotten to put it in the boxes sent to the charities after I’d gotten the news he had run off with my bestest friend Janie. It had been a blast to tell Janie, when she called in hopes of claiming his possessions, every shirt I’d washed for him was now proudly worn on the back of some random homeless guy.

Sweat pouring from my brow from struggling to free the box from it’s packing-tape-mummy-case I had arrived at the moment I’d worked for. Seeing a perforation, considerably damaged by my knifing of the tape, I read the faint words, “Open here.”

Opening the box I found a piece of paper folded tightly and his wedding band. His wedding band from his marriage to me, not the one from when he’d married my bestest friend Janie. I unfolded the note to read, “He died. Just thought you’d want something to remember him by.”

I threw the note, package and packing tape into the waste can and tossed the ring into the tool box. I’d have to drop his tools at the charity when I went to the hardware store to buy myself the pretty pink toolbox, complete with tools I’d seen displayed in the shop window.