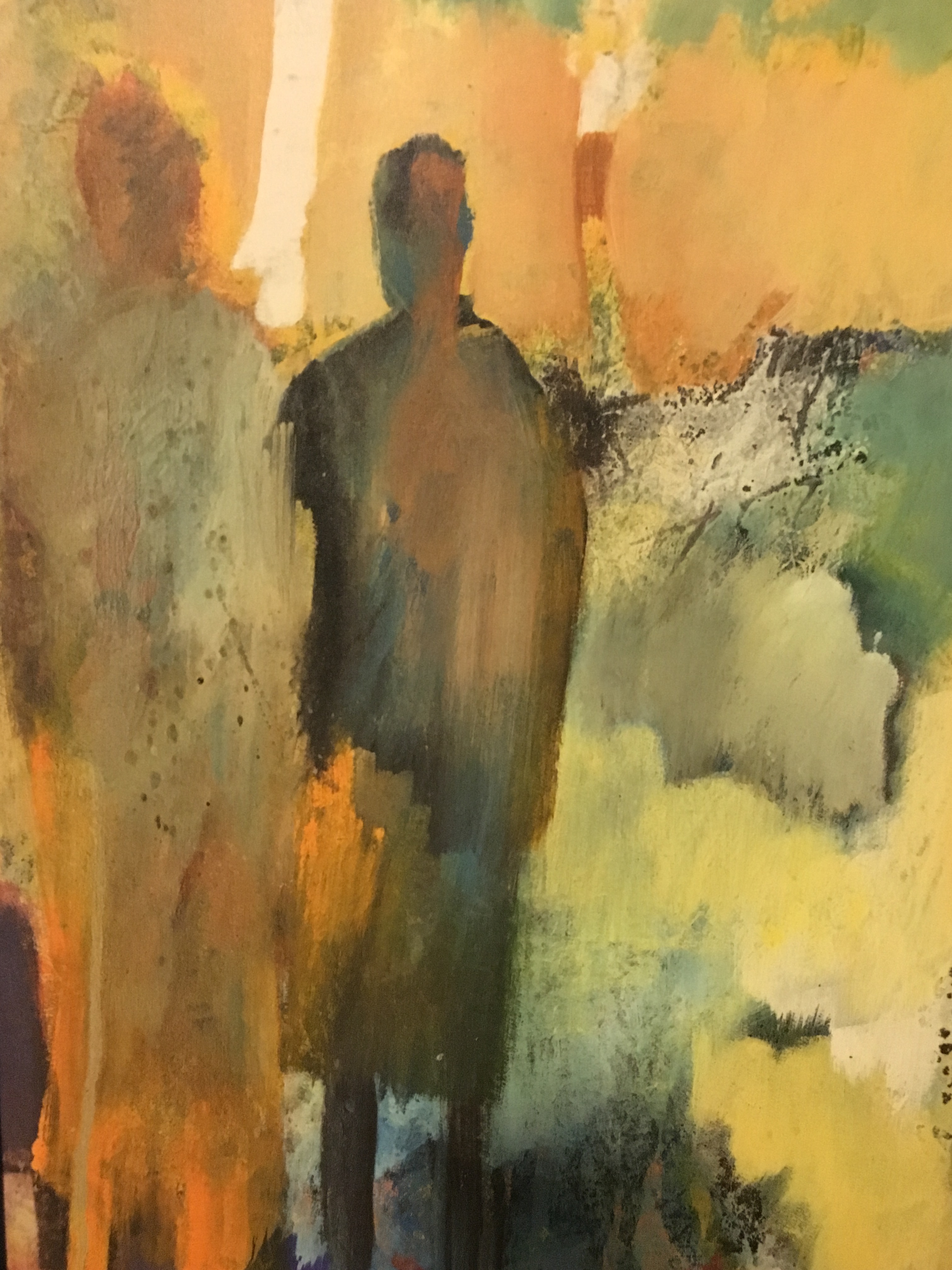 She looked ahead, not wanting to acknowledge him. It didn’t do any good to let him know she was aware of his presence. Those times when he knew she was aware he’d only start acting up, tripping her or pushing her into things. People thought she was a crazy old fool, ready for the home.

She tried to remember the first time she’d become aware of him but she was merely grasping elusive bits of memories. She remembered well the time he shoved her into the path of a freight train. She’d noticed him and had said, “I see you, whoever you are, I see you!” For reasons unknown to her, he’d shoved her with both of his hands. It was the hands of strangers who’d also been standing with her at the crosswalk which saved her.

One woman in the crowd had said, “My god! They should lock up the feeble mined.” A man had answered the woman saying, “Did you hear what she said before she jumped? It was like she was seeing somebody on the train.” To the ambulance attendants she had said, “I don’t remember saying anything, I just remember getting dizzy. I forgot to take my medications this morning.” They had been convinced and allowed her to go on her way, but in a taxi.

For a while she pondered the possibility he was a ghost. “A ghost of who?” she asked herself voicelessly. She’d been raised an orphan and had not ever learned who her father was. She’d never met any man, woman or child who claimed to be related to her. She’d never had a lover, well not a male lover. Celine had been her only love and her love had died in her seat at the restaurant. She thought how Celine would have wanted to die that way, making a scene of it! But this wasn’t Celine, she didn’t have a mean bone in her body.

Whoever he was, a ghost, an invisible man, a shadow man, like the one they’d talked about on the television, it didn’t matter. She wasn’t senile or ready for a retirement home. For whatever reason she had now a constant companion who, if nothing else, kept her always focused. She’d accepted his presence for that reason alone.