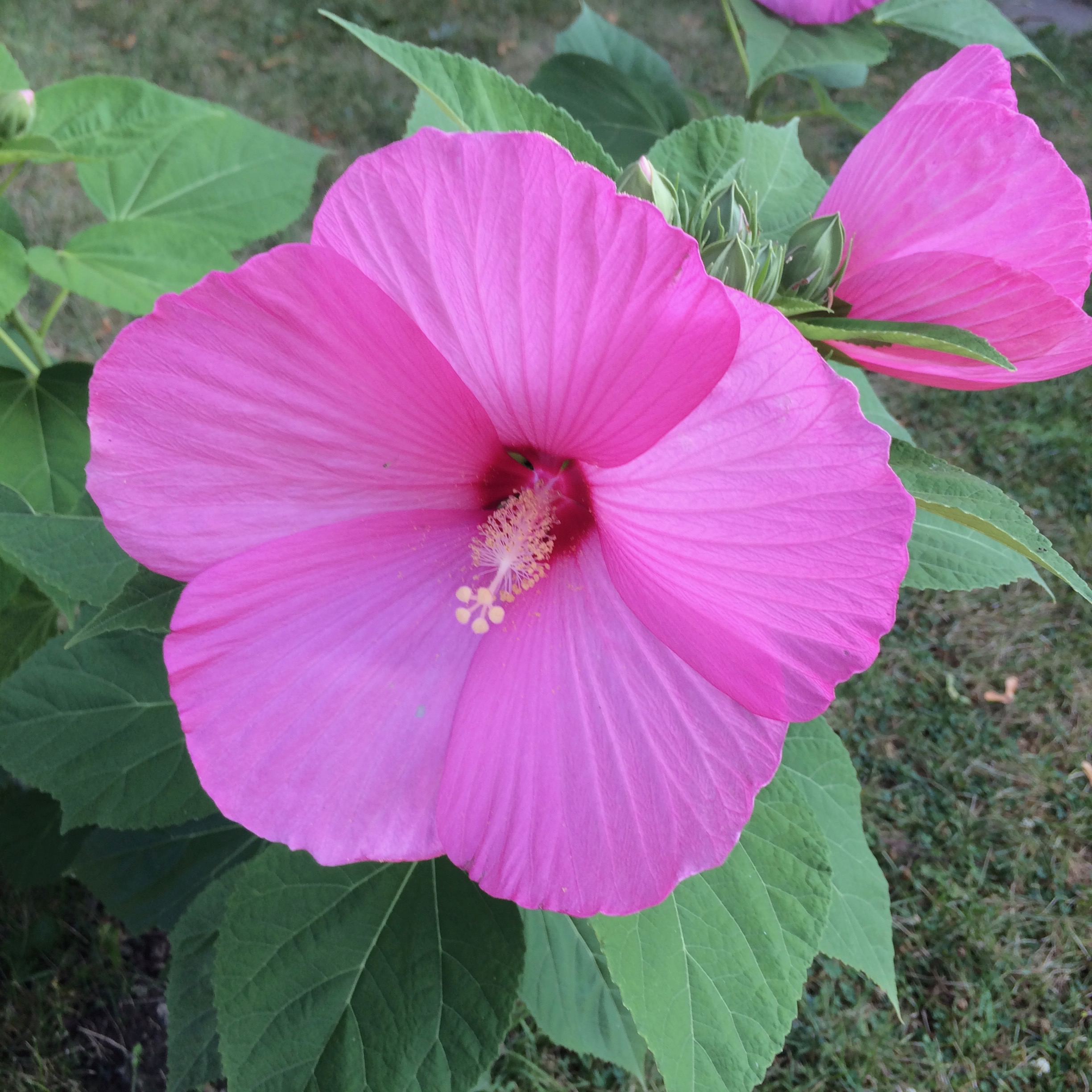 Another death, a foster sister. I don’t have any photos of Carissa and so I represent her with a beautiful flower from my garden.

I’ll always remember first meeting 6 year old Carissa. She was a tiny stick shaped child, a pretty face surrounded by long blond hair. I recall her wearing a bright pink two piece bathing suit with a mini tutu skirted bottom. I’d wondered, when I first saw the bathing suit, that her mother had thought it was respectable for her small girl to flounce around the yard dressed in so little. Life with the nuns had been strict and I was not accustomed to such lack of modesty.

Carissa had been an okay kid. Not too much trouble to anyone. She did have some difficulty hiding her resentment of some, no, most of the other foster children. She had difficulty sharing her natural mother and natural father with these children of strangers. I’d always thought Carissa was rather normal and had not wasted time being angry with her, nor did I waste any time chewing it around in my mind. She was what she was, and, more importantly she was just a little kid who hadn’t been offered a choice or an opinion.

It still amazes me that the Children’s Aid had sardined 9 children and two adults into a three bedroom home in a lower middle class neighbourhood in Windsor, Ontario. This was prior to the foster parents puchasing the hotel and cottages in Oxley, Ontario.

I never did find out if he molested his own daughter Carissa, although he did threaten to do so when I refused to get into his bed. Instead he had taken Carissa and another younger foster girl, Denise into his bedroom for the night. His wife was in hospital at the time, having her rectum operated on, for reasons she hadn’t made very clear to us. Probably, simply a case of hemmorroids.

Many years later, while talking to me about the molestation of me in the foster home the investigating cop diverted his thoughts to Carissa. He told me he had always had a thing for her, since she had entered high school. I had suppressed, with difficulty, the urge to tell him what a pervert I thought he was.

The cop is about my age, and 5 years between him and Carissa would not normally be a big deal, however, he was talking about his attraction to a 14 year old girl entering grade 9 while he, at age 19 or so, had already graduated and gone on to post secondary school.

The cop, his eyes glazing over and unaware of my discomfort, told me another story of Carissa. He said the foster father had taken up with a teacher in the small nearby town and the foster mother had learned of his disgracing of her. While she didn’t care at all about his secret behaviours, including the molesting of the children, she did take great umbrage with his public display of his lack of devotion to her.

Carissa, intent on vindicating her mother had driven over to the teacher’s house in a rage. She’d proceeded to smash every window, at least all those in her reach! The teacher had pressed charges and the cop told me he had been mortified at the idea of laying criminal charges against the girl of his dreams. I had laughed so hard and had almost fallen off my chair in the police interview room.

The cop had literally pouted, causing me to laugh all the more. He had insisted I “calm down”. I asked him if he had slapped the cuffs on Carissa, and if she had resisted. I know that man wanted to jump up from his reclined office chair to slap me, but the image in my mind had been far too hilarous not to put into words!

Instead, through pursed and very angry lips he said the foster father had replaced all the windows in the house and had ended his affair with the teacher. Everyone satisfied, he had not been obligated to proceed with an arrest of Carissa.

I have often thought how I would have loved to have watched Carissa eke out some revenge on those windows! Not that her mother deserved it, for she is an evil woman, but simply because I can imagine every ounce of hate that girl had buried inside of herself for most of her life erupting from her.

I think, for the rest of my life I will imagine Carissa in a super hero costume, a two piece hot pink tutu, blasting villians with hot pink flaming thunderbolts!