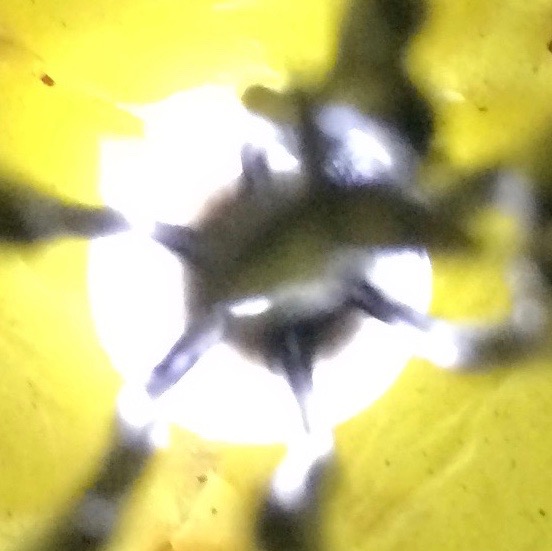 It was the first time, and it wouldn’t be the last. Again he’d had to rip his gaze away from a nauseatingly hypnotic yellow eyeball. He tried to disguise his involuntary shudder by moving instruments about on his optometrists cart. The Venusian asked, “Is something wrong with my eye doctor?” He answered her, “No. I think I didn’t sleep well last night.”

He hoped his little white lie would soothe the beast sitting in front of him. It would be a living nightmare to be obliged to once again undergo the Newlander Sensitivity Training Course. He forced a smile at her and in the most soothing voice he could muster said, “You have perfect vision to compliment your perfect beauty.”

The beast grinned a fearsome grin, as only the beast are able to do and said, “Thanks Doc. You know how to make a lady’s day!”

It was the first time, and it wouldn’t be the last. She gazed long at the deer grazing in the distance. She envied their freedom, freedom to run, to play, to be. She called out to them in her loudest voice, a mere squeaking sound to anyone in hearing distance, “In my next life I want to be one of you.

The nurse, mistaking the sound as a call of need, began to wheel her chair away. Tears flowed down the cheeks of the little girl, sad now to be taken from the view of freedom.

It was the first time, and it wouldn’t be the last. The fairy princess stepped out from the garden and reached her arms up to the little boy. He seized her with pleasure and cradled her in his arms.

His father’s voice bellowed, causing genuine pain to his ears, ranting, “Damn you boy, playing with dolls again.” He looked sadly at his father and the promise stayed behind his lips, “I will never be like him. I will always love.”