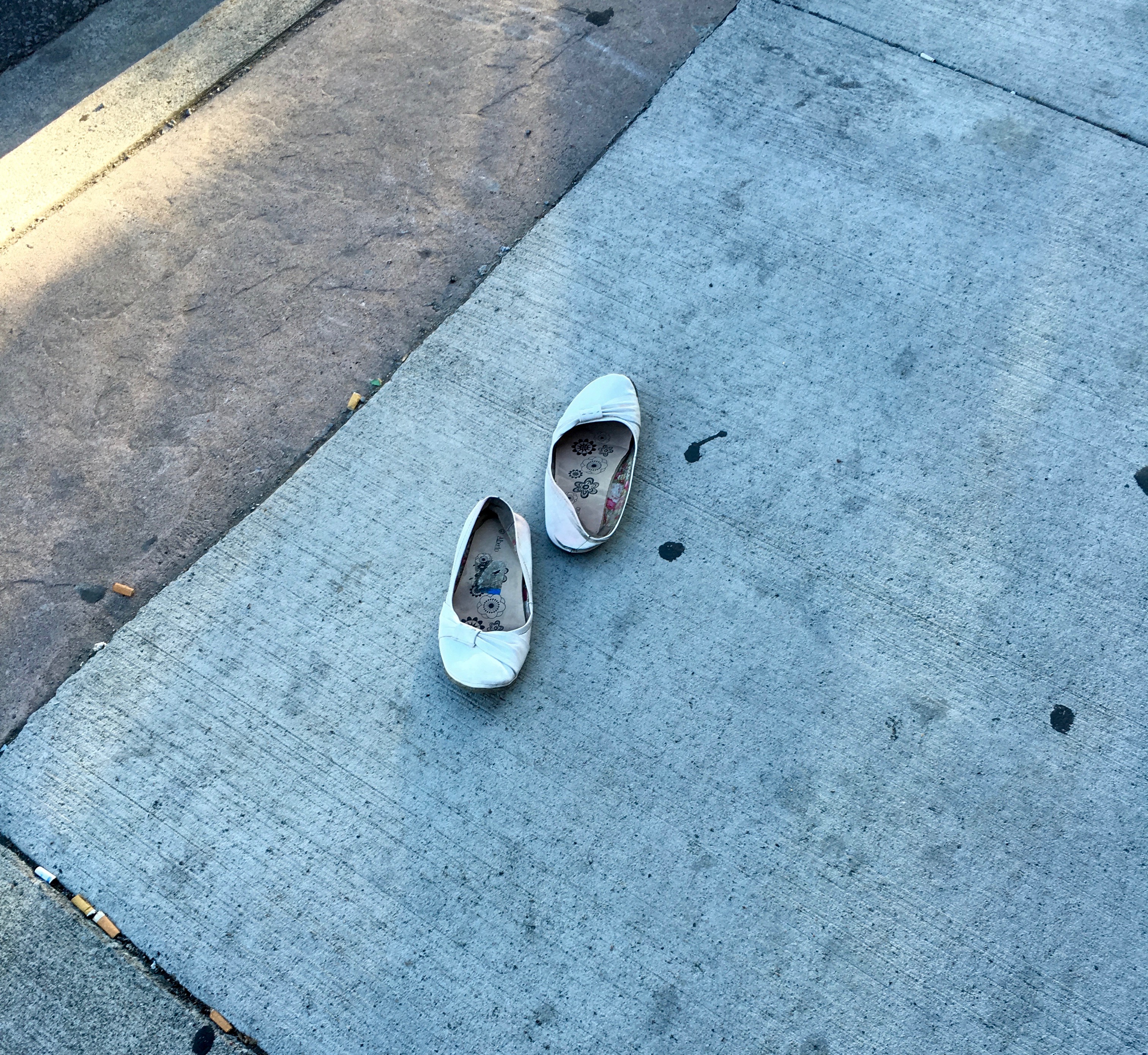 When she put on her shoes that day, I suppose she was expecting a bit of flattery. She didn’t get that from the man she has taken on as her life partner. He is a thief and drug addict and she found it easier to join him in all his activities than to insist he become a real man. She couldn’t imagine life without him; it was a choice of losing him or becoming a loser.

It is so very sad she made this choice. If you could see her you would wonder at her love for him. He is not an ugly man, but there is little about him that is attractive. He is tough, tattooed in every imaginable part of his body. Not that tattoos are unattractive, but the designs he has had etched to cover him are meant to instil fear. She is beautiful. She can turn the head of most men and yet she does not notice any of them now. It is sad.

She stole a young girl’s bike and the girl came in to tell me. The girl was crying and she looked a mess compared to what I’d seen a few minutes before. She told me the woman had hit her. I rewound the video and watched the entire incident. In my opinion, enough for the police to charge the woman with both theft and assault.

The girl called the police, who came and refused to look at the video. Instead, they told the girl they would get her bike back. They shocked me when they told her the woman was related to a fellow cop and things would get worse for her if she charged the woman!

She looked at me with a puzzled expression, and I thought she was going to faint from the shivering which had taken over her since the start of the theft and assault. “Either way it is bad for me. I’m best to do nothing.” I felt sad for her and I gave her all the support I could offer at that point, a motherly hug.

The girl let me take photos of her injuries, in case she changed her mind. I told her the video evidence would not remain in the DVR memory past 5 days. She would have to make her decision soon. That was more than a week ago and I haven’t heard from her. I can only pray things did not get worse for her.

I have the photos of her injuries that I cannot share. I can share the photo of the shoes abandoned by the abusive thief. A sad story with no ending, yet.