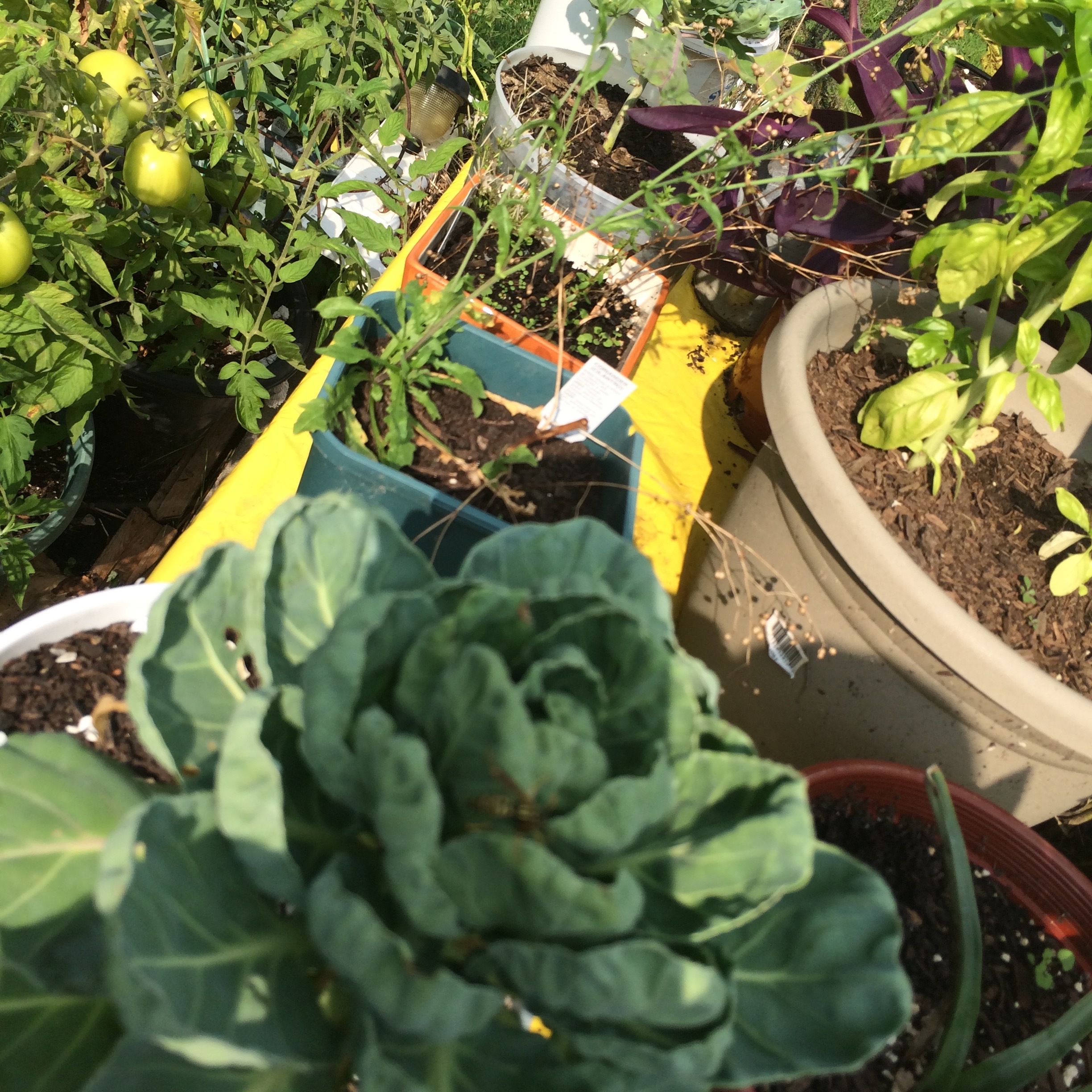 I am blessed to live with my husband on our three-quarters of an acre lot in Amherstburg, Ontario. We have lots of space to garden directly in the earth however we’ve grown to appreciate our new-to-us container gardening. At age 59 to be 60 this summer, I don’t fancy the kneepad-to-earth anymore!
My only complaint is Amherstburg Town Council won’t allow us to raise chickens or ducks and that sucks. Personal opinion but, the government needs to back off. They need to stop making it impossible for ordinary folks to feed themselves and their children. (If you start or have a petition going, please let me know so I can sign it and share it!)
My husband has taken to planting more trees to augment our space which he affectionately calls his “personal park.”

I read the article above earlier this week and memories of a happy and fulfilling day – literally – appeared before me like a movie scene. The day was in May of 1975, and I was 18.
I was fortunate to finally have a roof over my head, paid in full for an entire month! I had been granted welfare and rented a second-floor apartment on Elliot Street West. After spending the rent, I’d rushed to a uniform store on Wyandotte Street East to purchase the treasured white kitchen dishwasher outfit I needed to secure a job.
The job was at The Green Man Restaurant on the corner of Elliot Street East and Ouellette Avenue. The ‘appeal’ of this restaurant was the bragging of an ancient old tree. While I worked there, I heard many customer complaints, e.g. this ever-repeated comment, “The ads made it seem like the tree was inside the restaurant. I wouldn’t have bothered to come here if I had known they just named it after a tree in front of the place. Boriiiing.”
I got fired after only two weeks on the job for eating leftover food coming into the kitchen. The manager called me a “pig.” The reality was the Ontario Student Wage provided only enough to keep my rent paid. Becoming employed had taken the away the right to another welfare cheque.
The Green Man Restaurant story will be another I’ll tell soon, and, you won’t’ want to miss the part of the cook tossing steaks on the floor so she could “tenderize the meat” by jumping up and down on them. You guessed it, I didn’t consume any of the leftover steaks!

I don’t have any photos of my sister Debbie at age 20. I have a few pictures I took at our family reunion in 2013. In this photo taken by my husband Barry, I stand behind two lovely ladies. My mom Edith right, now 92 years of age, and my big sister Debbie left, now deceased who would be age 62.
Back in 1975 Debbie, then 20, asked if I had anything to eat. I told her I did have a few potatoes and onion. It wasn’t much, but I was happy to share it with her. Debbie giggled and questioned me, “What are you going to make with potatoes and an onion?”
“I don’t know” I responded, “But I’ll think of something!”
I’d asked Debbie what, if anything, she might have, and she replied she did have a couple of Kraft cheese slices and two slices of cooked bacon.
Debbie told me the bacon was left over from a breakfast bought for her by a sympathetic friend the day before. Debbie sighed and lamented, “I wish I’d saved the toast. Soggy or not, I’d at least have a bacon and cheese sandwich to eat today.”
An image had flashed in front of my eyes, and I excitedly told Debbie to get her cheese and bacon and head back as a recipe had invented itself to me!
It is sad to remember how often my sister and I had gone without meals. We had never heard of foodbanks although they did exist. It wasn’t until after my son was born in 1976 that Debbie and I learned of a Salvation Army food bank on Wyandotte Street East near the Windsor Housing projects. I don’t have fond memories of the horrible woman who worked there, and, that too is another story for another day.
Debbie arrived back at my apartment to the lovely aroma of baking potatoes.
“Oh God” she’d said, “I didn’t know potatoes could smell so good!”
I’d opened the oven door to reveal the toasted potato skins with onion bits and said, “I’m going to crumble up the cheese and bacon and then melt them into the skins. I’ve got the insides of the potatoes in a pot staying warm on the stove with a bit of the onion cooked in. It ain’t high class, but I can guarantee it is going to be good!”
Debbie had looked at me with some doubt and asked, “Is it safe to eat the skin of the potato?”
I told her I didn’t honestly know, but I was hungry enough to take the risk. My sister decided she was hungry enough also and we ultimately had a fantastic, fulfilling meal.
Maybe I was the first to bake potato skins and perhaps not. It didn’t matter then, and it doesn’t matter now. The important thing is two young starving girls enjoyed a feast that day!
The experience was my introduction to frugal cooking which I practice to this day.
At my homeless shelter, Street Help Homeless Centre of Windsor, I try to instill this gift to every volunteer helping with the daily meals. I admit I am often met with looks of doubt and outright rejection to even sample the final dish! It is challenging for some folks to accept the unfamiliar.
I don’t ever peel my carrots, potatoes, beets, squash, zucchini, eggplant, etc. The leaves of the carrots, celery, beets, turnips, etcetera are also edible and fantastic tasting.
This past week I have shown volunteers how to prepare cauliflower. I slice away only the very least attractive part of the leaves (and save them in the fridge for my foster brother Emile to pick up for his wife Maryanne. They feed the fresh veggie scraps to their rabbits!) Waste not, want not!
My cauliflower, cabbage, broccoli stems are also cooked. It annoys me that people core these veggies and toss out the fantastic tasting core and leaves! Nooo!!!

All of the veggies in this photo are from our garden. There is no way I am going to toss out any portion of these plants Barry and I have lovingly grown!
Try them. Dice those cores and leaves to smaller chunks than the rest of the veggie. Cook them all together, or, if that really is too much for you, toss them in a pot of soup!
You will be surprised at how far that head of cabbage can go.
Another way to use the veggie scraps, especially when you are preparing a meal for company, is to use a juicer. The juice is fantastic and the pulp, skins, leaves, seeds, etcetera can be added to soup or stew for extra fibre.
I’ve done the same with my blender to make a soup base.
The starvation I lived with during my teen years taught me the actual nutritional value of food scraps. I truly enjoy passing on these tips to my homeless clients and volunteers. Waste not want not thinking is indeed logical.
While I am not a ‘root-to-stalk chef’ most certainly I identify as an authentic root-to-stalk-and-every-other-edible-veggie-part-cook!
PS: You would have to eat a pound and a half to get sick from tomato leaves. Here’s the link:

If you are in doubt of the edibility of any part of a veggie, please research (that is what I do!) Indeed, there is a wealth of information online!
© 2016 Zora Zebic